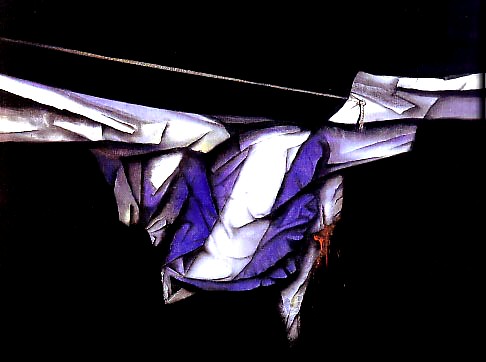 President Salvador Sánchez Cerén announced last week that he was opening his official residence as an art gallery. The President and his wife, Margarita Villalta de Sánchez, explained that they want to enable a space for citizen engagement where the public could learn about and appreciate art.

“The residence will become a space where we can share with those who have been excluded,” said President Sanchez at the opening of the new gallery.

The first invitees were representatives of human rights organizations and victims of the 1980-1992 Civil War. The action is part of a continued process of dialogue and participation directed at recuperating victims. It is also directly tied to historical memory philosophy – a fundamental component of FMLN identity formation and commemoration practices.

Open every two weeks, the residence features works from the National Collection. It has been organized by Dr. Ramón Rivas, the Secretary of Culture, and Tatiana de la Ossa, the Director of the Nacional de Artes, who will also lead tours through the space. The collection includes 45 works of painting and sculpture by Salvadoran artists who are founding figures in Salvadoran art history, such as Saluarrue, Noe Canjura, Valero Lecha, Camilo Minero, Antonio García Ponce, Verónica Vides, Armando Solís, Julia Díaz, Rafael Varela, Roberto Galicia, Carlos Cañas, César Méndez and Miguel Ángel Polanco.

The images encountered include portraits of campesinos, abstract symbolism tied to psychological realities, the Salvadoran landscape and scenes based on memories of the armed conflict. The initiative is a profound reminder of art’s role in negotiating shared identities and conflicting memories – one that certainly offers its own powerful statement on what should define national Salvadoran identity. It is also emblematic of the complex relationship between historical memory and political strategy. In this case, President Cerén wove the two together seamlessly.

The following images represent a handful of the Salvadoran artists represented in the collection:

All reproductions of the images are copyrighted to the artists.